A corner by the sea 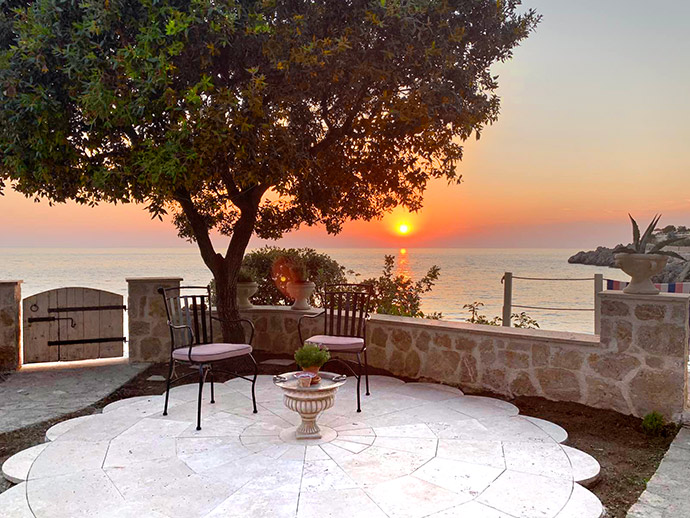 On a small piece of the Adriatic coast, between Bar and Ulcinj, in the town of Utjeha, two wonderful people wanted to arrange the space around the existing house. They left it to me to plan and select the materials. And of course, natural is chosen.
Existing plants have been retained, mostly maggots and oaks. The property is surrounded by a stone wall with several exits with combined gates to the sea. The complete summer kitchen with barbecue and wood stove is placed on the edge of the plot. Covered and open at the front. In front of it are several tables with benches and chairs for serving specialties from the kitchen.
The paths around the house are made of Morinj stone, and the plateau in front of the kitchen is made of travertine, the areas around the pool and the outdoor shower are made of the same material. Water tanks are also made of the same surface, they served excellently as a space for sunbathing.
The owner, as the captain of a long voyage, sailed around the planet, with his wife as well. The time had also come for them to anchor in their quiet harbor. It gave me the idea to come up with a detail that would symbolize their undisguised love. Instead of the classic wrought iron grille on the opening in the fence, two anchors connected by a heart in the fence and brought tears of joy to the owner when she saw them. 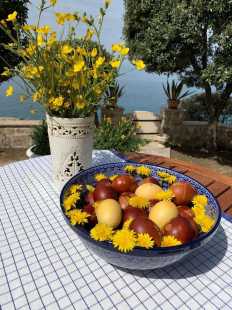 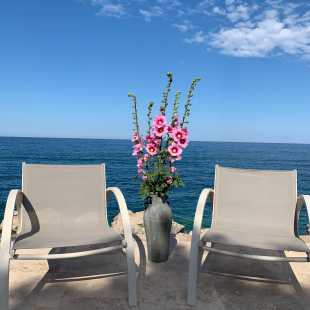 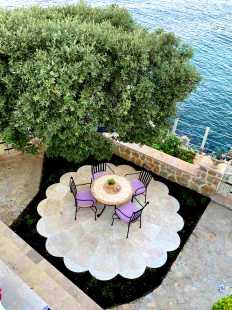 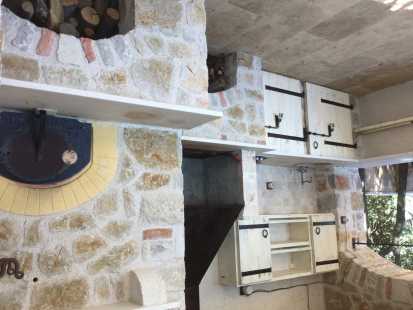 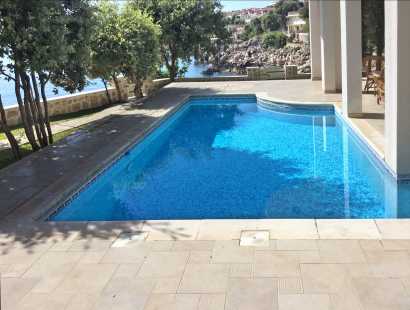 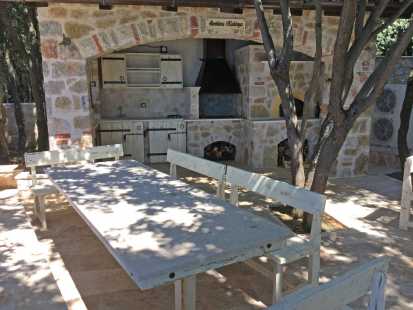 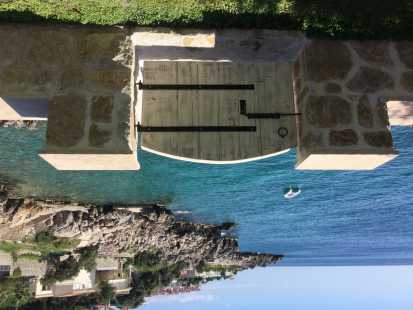 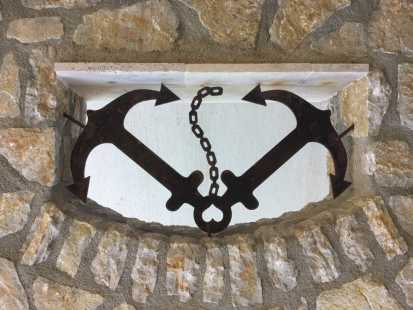 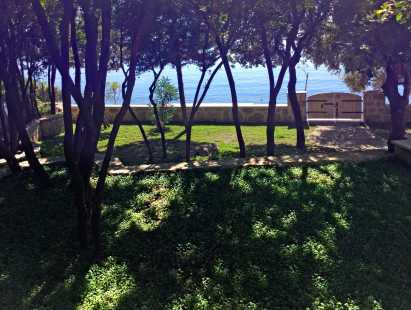 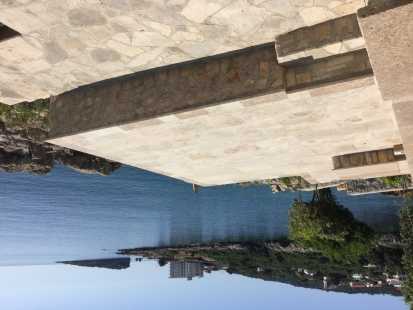 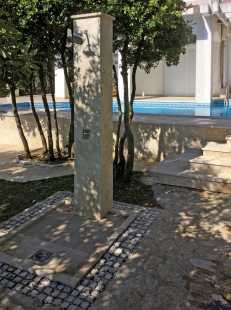 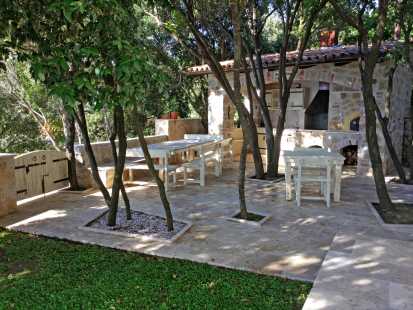 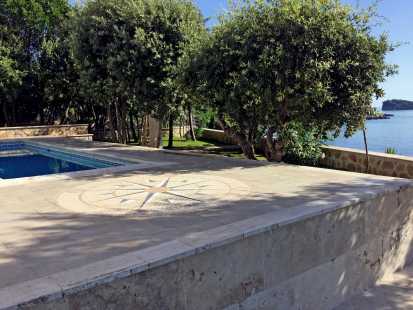